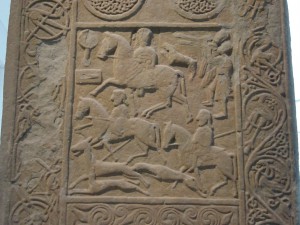 Iohanna found my Pictish Gown directions too long and so has made a short “cheat sheet” available here: Iohanna’s Quick and Dirty Pictish Gown Worksheet